The products are already available in many grocery stores in Texas and Louisiana, and distribution will continue to expand across the United States.

“When you look at Aunt Jemima, and you look at Uncle Ben, we don’t own those products, we never did,” Master P said in an interview with Yahoo Finance. “We need to understand that we’re not going to be able to put money back in our [black] community because we don’t own those brands. Our grandparents [have] been having us buy those products because they think it’s people that look like us.”

He posted an infomercial on Instagram with the following message: “To change the narrative it starts with education and ownership. Why not buy from us when we are going to buy these products anyway? I’m using the same blueprint that I used in the music business to take over the food industry with Uncle P’s Rice, Uncle P’s Grits, Uncle P’s Oatmeal, Uncle P’s Pancake Mix & Uncle P’s Syrup. We’re flooding the grocery stores with great tasting quality products owned by us.”

Master P is best known as the founder of No Limit Records, which sold more than 100 million records in the late 90s and early 2000s. In addition to his new line of food products, Master P also owns numerous other brands including Rap Snacks and an apparel and shoe collection called MoneYatti. 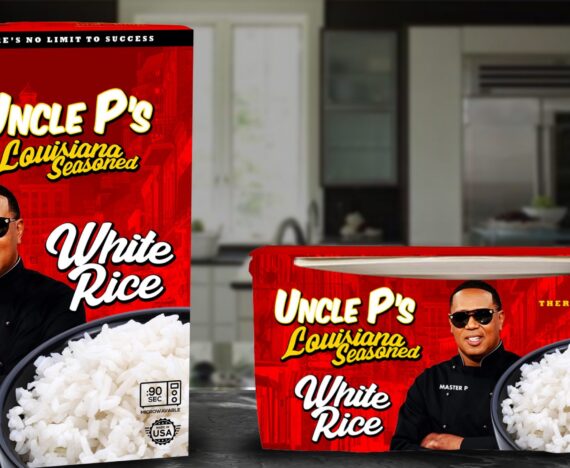